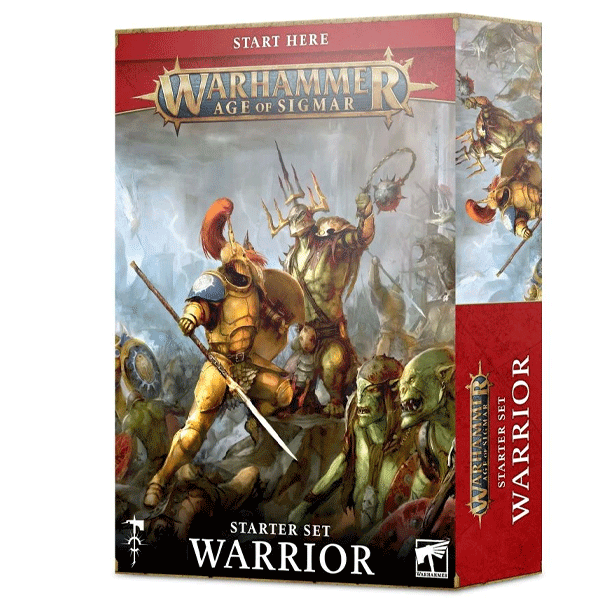 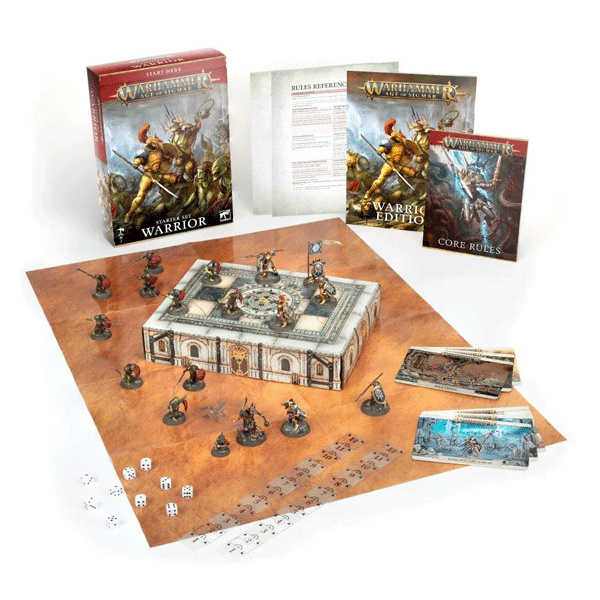 The Soul Wars are over, but a new conflict brews in the Realm of Beasts.

It is a time of great change in the Mortal Realms. A surge of life sweeps across the eight realms to force back the tide of death left in the Necroquake’s wake, and the forces of Order waste no time in laying claim to the newly rejuvenated land. But with Kragnos, the End of Empires, released from his prison and leading a vengeful rampage across Ghur, the Stormcast Eternals must fight their toughest battles yet to safeguard the pioneering Dawnbringer Crusades.

Get into Warhammer Age of Sigmar with Warrior – a starter set designed to help you embark on your journey with the world’s best fantasy wargame. With models, rules, guides to help you begin, and much more, this set takes the hassle out of kicking off your hobby – build your models, learn to play, and have hours of fun with a friend or family member.