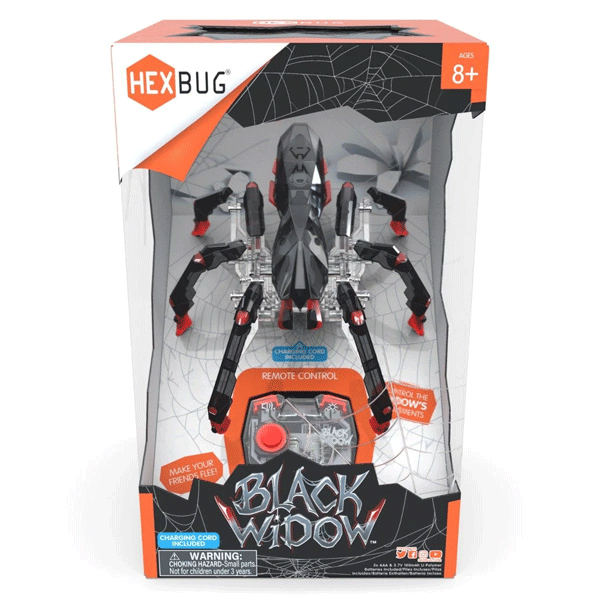 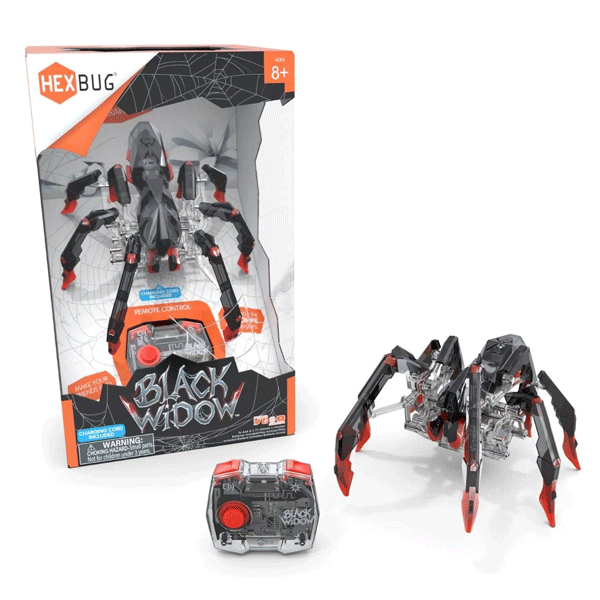 The HEXBUG Black Widow is the new eight-legged robotic creature that is a robotic, electromechanical marvel. The Black Widow can crawl along in a creepy fashion or scoot quickly about. It features 360-degree steering, an LED eye and under-glow, creepy sounds, and a 2.4 GHz remote control. The remote control enables the user to operate a virtually endless number of bugs independently or at the same time (each sold separately). As the largest member of the current HEXBUG robotic creature family, the intricacy of its internal mechanisms and eight-legged crawling motion is simply fascinating to operate and watch.

If You Liked HEXBUG Black Widow, See what other people purchased with it!

In Stock Online In Stock In Store

E-Blox Build Your Own Burp and Fart Machine

In Stock Online In Stock In Store